We arrived in Lake Placid on Wednesday night. The skies were clear and it was a bit colder than we had anticipated, but it didn’t seem unmanageable. We found a place to have dinner where we could eat outside (and thus avoid trying to get our ginormous stroller out of everyone’s way). Then we walked through the town and down to the speed skating rink where all of the triathlon hoopla would be taking place. 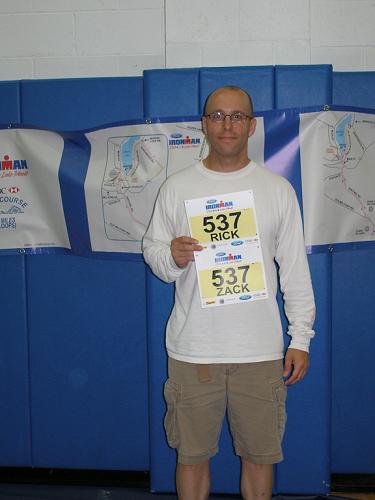 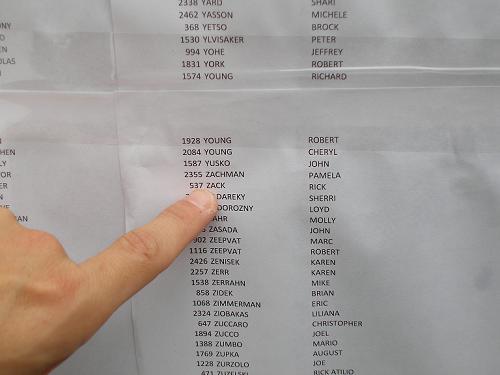 Then it rained, and we spent the remainder of the day hanging out in the hotel with a very upset and snot-filled Jillian.

Friday morning, we went down to the town again, hoping it wouldn’t rain. The transition area was set up: 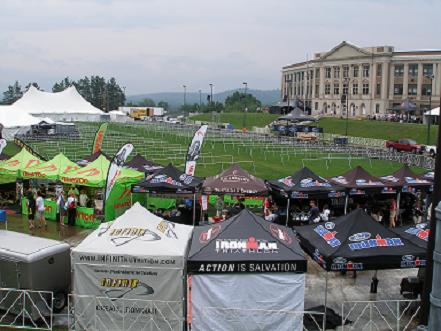 But then it rained again, some more, so we spent the remainder of the morning in the hotel with an exhausted, pissed-off, snotty-faced baby. Freddie wanted to drive the bike course to get a sense of where he’d be going, so we spent the afternoon doing that, then we headed out to the Horse Show Grounds for the Welcome Dinner. This is always a fun event, with hundreds of hungry, skinny people chowing down and talking about the races they’ve done. They always have first-time Ironman people stand up and get applause, which is inspiring. Not inspiring enough to push me to want to do it, but it’s a nice thing to watch.

On the way back to the hotel, we saw this: 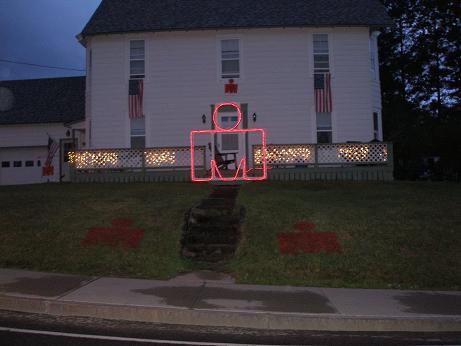 Saturday was meant to be a “relaxation” day, but since it had finally MY GOD stopped raining, we wandered down to the town to give ourselves something to do and to also do a little shopping. I had to get my Harry Potter book, after all. There was a gang of little kids squirming in line and I was right there with them, fidgeting and trying my best to be patient! Then I got my hands on it and started jumping up and down with glee. I’m a hard-core dork.

The rest of Saturday was spent reading (me), watching the weather channel (Freddie) and making snot (Jillian). We went out for a pasta dinner, then we all hit the sack early. I even managed to fall asleep and not lock myself in the bathroom to read all night.

Sunday morning started VERY EARLY. We set the alarm clock and both of our cell phones to go off at 4 o’clock. Nobody was really happy with that, and even Jillian woke up and looked at us all “you people are idiots.”

We loaded up the stroller and started moseying down to the lake. It wasn’t even light out yet, but there were clumps of sleepy-looking people headed our way as well. The one bagel place in town was crowded as hell, but I got myself something to eat and we were ready to start the day.

Like I said, Jillian was not pleased about being up so early, so she decided to call her Nana: 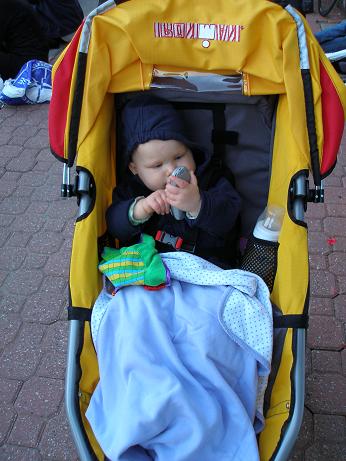 We got Freddie dressed in his wetsuit: 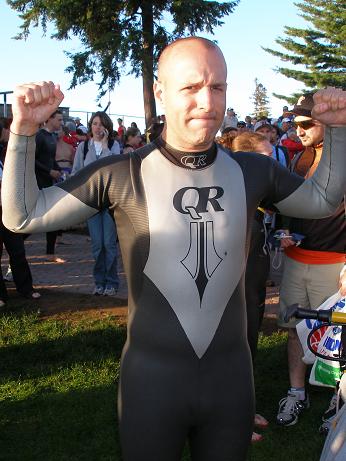 … and that was pretty much it until about fourteen hours later when we saw him come around the speedskating oval to the finish line: 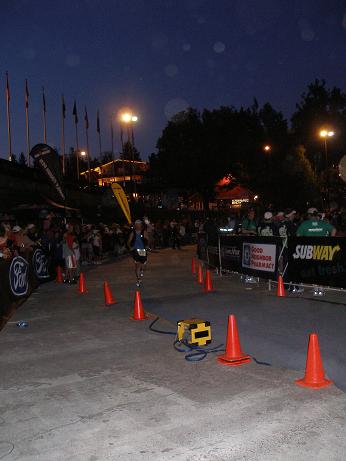 In between, Jillian and I cheered for him as he came jogging out of the swim area, then we headed back to the hotel for a much-needed nap. Well, I was hoping she’d nap so I could read, but she had other plans at first. There was some yelling and some Drama-Queening, but when I picked her up, she barfed all over us both, so then we needed baths.

The barfing seemed to be a good thing, though, because right after I bathed her, I put her back in the pack & play so I could shower and she was asleep by the time I was done. I got a good three hours of reading in while she napped, then we loaded ourselves back up and headed back to town.

We missed him coming in on the bike because I was changing the kid’s diaper. I put of changing it as long as I could, knowing full well that as soon as I did, he’d ride right past us. Which is exactly what happened. Oh well. After that, we made our way to the finish line and prepared to hang out.

After a long fight, Jilly fell asleep in the stroller and then Freddie finished his race. Our weary family trudged back to the hotel where we all showered and fell asleep almost instantly.

Comments Off on Lake Placid